This is the second in a series of blog posts looking at books and articles that have changed the way ECFR staff feel about Europe and foreign policy. Click here for more

In the streets around ECFR's London office there are reminders that some institutions are built to endure. There are the buildings of parliament, the ministries of Whitehall, and the pealing bells of Westminster Abbey, coronation site of British monarchs since 1066. The streets are also full of crash barriers and spare ground is being colonised by TV companies. Westminster and the surrounding area is preparing for the latest episode in the long saga (or soap opera) that is the Royal Family - the wedding of Prince William and Kate Middleton.

But, as the websites for financial products warn, past performance is no guarantee of the future. Will William and Kate live to become King and Queen, or will they be swept away by a very modern tide of republicanism? Things, in other words, change, decline and alter.

The Roman Empire was also built on institutions that persisted for centuries, that at many times felt as solid as those that surround us in Westminster. How and why they crumbled is one of the big questions of history. I recently read a book ('The Fall of the West: the Death of the Roman Superpower' by Adrian Goldsworthy) that gives a compelling narrative of decline that also offers up a few comparisons with modern Europe. These include:

Interesting questions to be sure, and for me part of an important debate over exactly where Europe's future lies. Just quickly, here are three other compelling pieces that I've read: 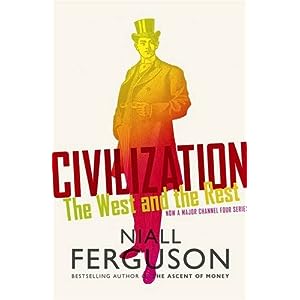